As February comes to a close, we also say farewell to our Black History celebration and gear up for Women’s History Month in March. Or do we? As a black woman in America, there’s not a day that I can ever escape either. And frankly, I choose not to.

This week I was brought to tears while watching a 15-year-old black female, pepper sprayed after being restrained with cuffs, the window up and the door closed. The young girl, though defiant, was clearly terrified and quickly became a victim of excessive force and a long, deliberate pepper spray to her face.

Here we go again, the all too familiar disregard for the well being of a black female, both by the cops and commenters to my post. One commenter stated, “It was her attitude that got her in trouble, I have no empathy for her.” 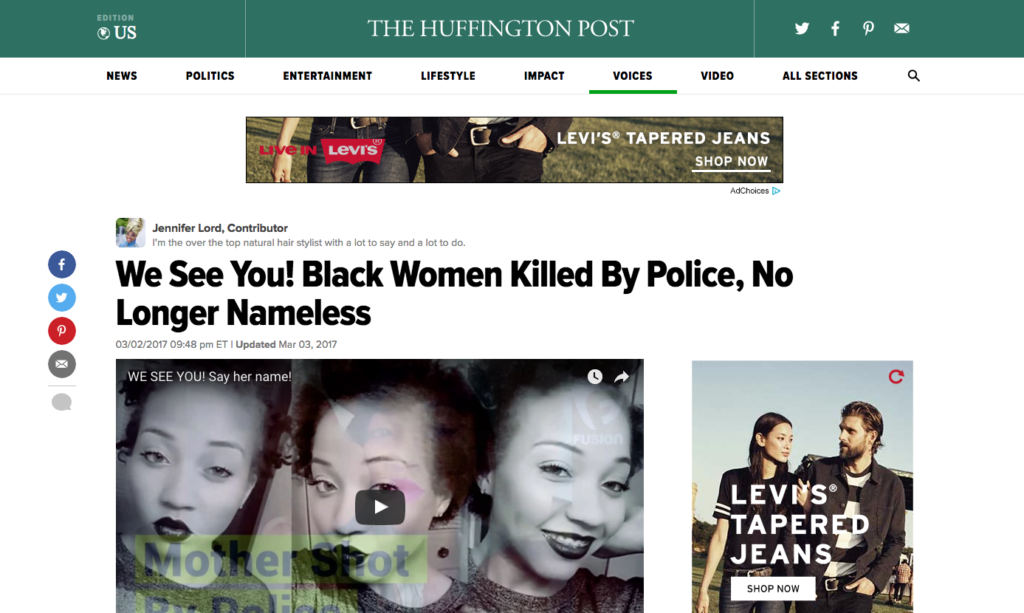